The endoplasmic reticulum (ER) is a cellular organelle responsible for lipid or steroid synthesis, folding or maturation of proteins, calcium storage, and detoxification.

The ER consists of a membrane network of cisternae that goes through the cytoplasma and is in continuous connection with the nuclear envelope. The ER consists of two different regions that differ in their structure and function. The rough ER contains ribosomes attached to the cytoplasmic side of the membrane. The rough ER is mainly responsible for protein synthesis, while the smooth ER is lacking in ribosomes and functions as a storage for key enzymes and their products.

Cellular processes that lead to misfolding of proteins in the endoplasmic reticulum lead to ER stress and consequently to the activation of several signaling pathways named the unfolded protein response (UPR). ER stress has been shown to be connected to different neurodegenerative diseases, such as Parkinson’s or Alzheimer’s disease, inflammation, and cancer 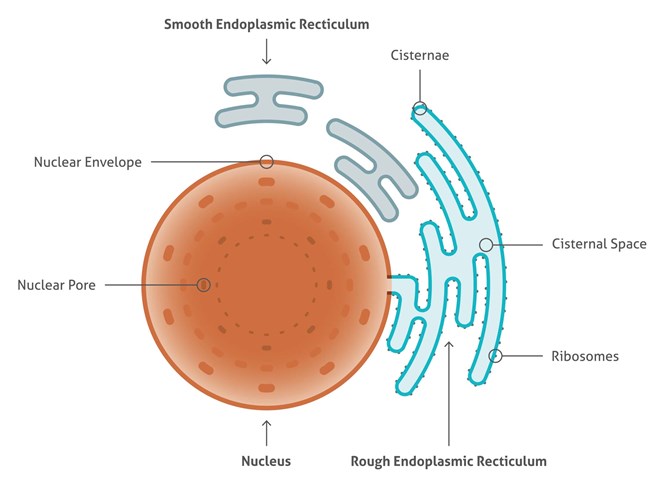 ER stress is mainly caused by disturbance of the calcium homeostasis and accumulation of misfolded proteins. The ER responds by changing its protein profile, altering its cellular signalling and degradation of misfolded proteins. ER stress has been reported to be involved in different neurodegenerative diseases such as Alzheimer’s or Parkinson’s. To date, the exact mechanism and contribution of ER stress to these diseases remain unknown. Elucidation of the involvement of ER stress in neurodegeneration might help in the development of new neuroprotective therapies. 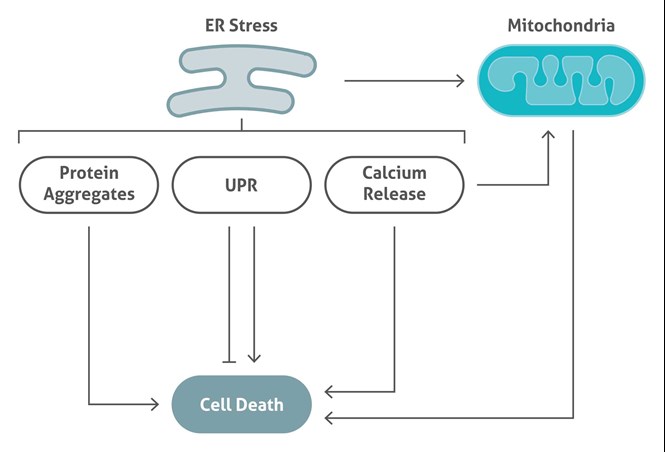 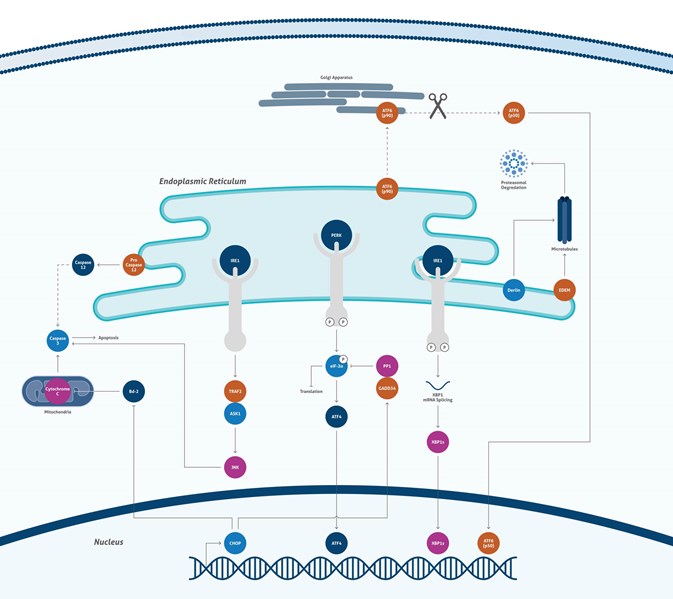 Antibodies specific for proteins of the endoplasmic reticulum serve to provide more detailed understanding of the molecular mechanisms regulating ER stress and to elucidate the roles of proteins related to several diseases.