Immunofluorescence (IF) is a common tool in biology that relies on the use of antibodies to visualize protein expression, distribution, and translocation with the help of a microscope. Conventional immunofluorescence is where fluorescent dyes are conjugated to a secondary antibody that detects the species-specific primary antibody (indirect IF) and is typically used to detect a single antigen in a cell or tissue. Multiplexing is where you detect multiple antigens in the same tissue sample, and these experiments have uncovered the importance of simultaneously exploring various molecular interactions in cellular and tissue microenvironments to gain more meaningful information. Direct IF is where fluorophores are directly conjugated to the primary antibody to detect the antigen of interest. Directly conjugated antibodies are gaining popularity due to their ease and flexibility in staining multiple antigens in the same sample and offer multiple advantages when multiplexing.

Proteintech’s range of directly conjugated CoraLite® antibodies are perfect IF workflow solutions for a variety of reasons which we will now discuss. 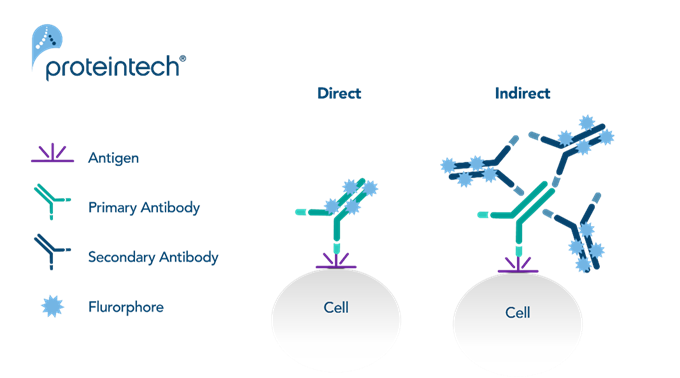 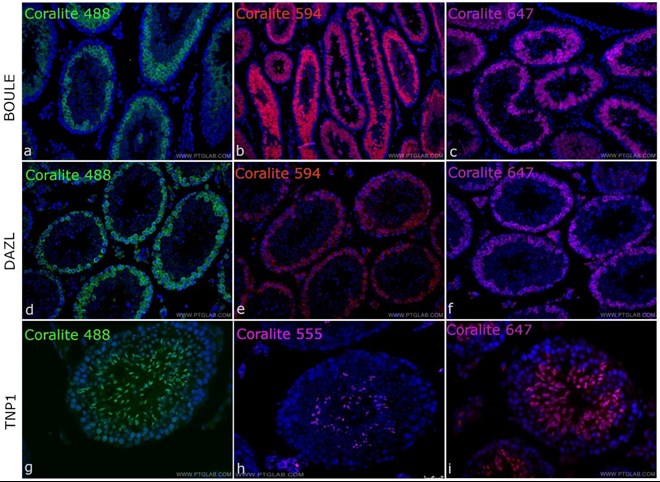