The protein was resolved by SDS polyacrylamide gel electrophoresis and the gel was stained with Coomassie blue. 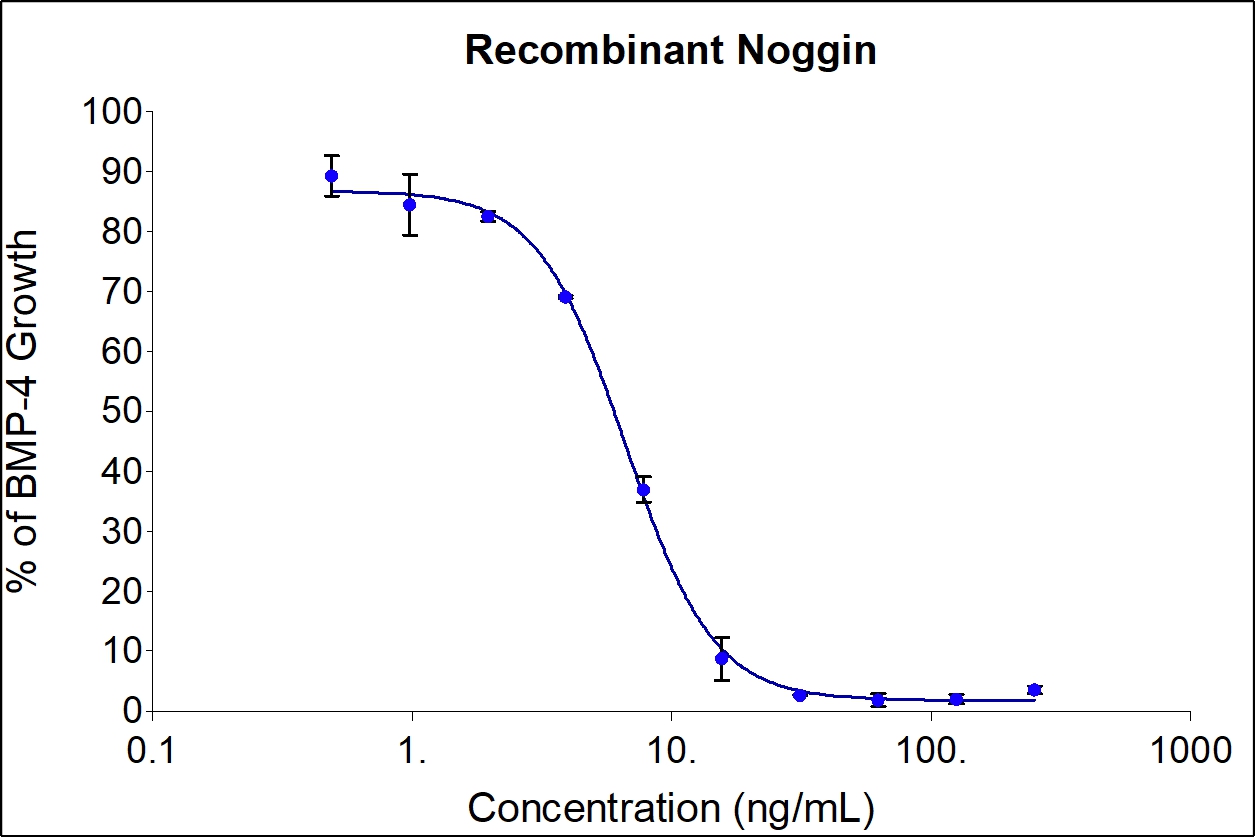 The activity was determined by the dose dependent inhibition of rh-BMP-4 induced alkaline phosphate production by ATDC5 cells using pNPP as chromogenic substrate.

Noggin is an inhibitor of bone morphogenetic proteins (BMP) signaling which is required for growth and patterning of the neural tube and somite. It is essential for cartilage morphogenesis and joint formation. Noggin inhibits chondrocyte differentiation through its interaction with GDF5 and GDF6 (PMID: 29497255; 29167826; 29094227; 28842965).